Although more than 40% of the working-age population in Portugal are over 55, do these workers feel active and involved in working life? Can they maintain or adopt healthy lifestyles? Accompanying constant innovations in work tools or renewing their professional skills?

According to the latest data from INE – National Statistics Institute, it is estimated that Portugal has more than 3.5 million people over 55, representing 34.4% of the country’s population. In 2019, retirement age is set at 66 years and 5 months, which has evolved with average life expectancy.

Older workers are often the anchor of organizational processes, have a wealth of accumulated knowledge and an experience that allows them to identify priorities. However, they often face greater challenges than younger people because of the slow decline in physical and mental conditions caused by aging. Examples are vision, hearing, cognition and mobility. The increase in chronic diseases from younger and younger ages also brings a number of difficulties to productivity and working conditions, as well as conciliation of personal and family life.

Based on these premises, Cáritas Coimbra is participating in the Smartwork project, financed by the European Union, under Horizon 2020. Carina Dantas, Flávia Rodrigues and Willeke Van Staalduinen, from the Innovation Department, were representing the Institution on 10th and 11th of January, in Athens, Greece, at the project kick-off meeting.

Cáritas Coimbra, together with ten partners (one of them the Pedro Nunes Institute) from 8 countries, led by Greece’s Company – Byte , embraced the enormous challenge of designing, implementing and testing more friendly living and working environments for older workers. This is the key that will probably influence the worker’s desire to remain healthy, active, and productive for longer.

The technical partners presented in Greece the devices and technologies that will equip these new working environments and favor the employees over 55 years.

Systems for measuring heart rate, training and working models with colleagues, alert devices for a healthier life or even ways to make the use of the computer simpler. Caritas Coimbra is leading the activity packages that will meet the needs of workers, with the participation of hundreds of people in several European countries, as well as validation and testing. In that sense, the next year will be dedicated to recruiting employees who will participate in the pilot project of Caritas Coimbra and Denmark (Aarhus) and will have the opportunity to test the new tools during a trial period.

Caritas de Coimbra has a very strong role in this project, leading two work packages – at the level of co-creation and use cases, as well as validation of the solution in real context. She will also be leading some tasks in other areas, especially in the area of ethics, with Carina Dantas being the President of the Ethics Board of the project. 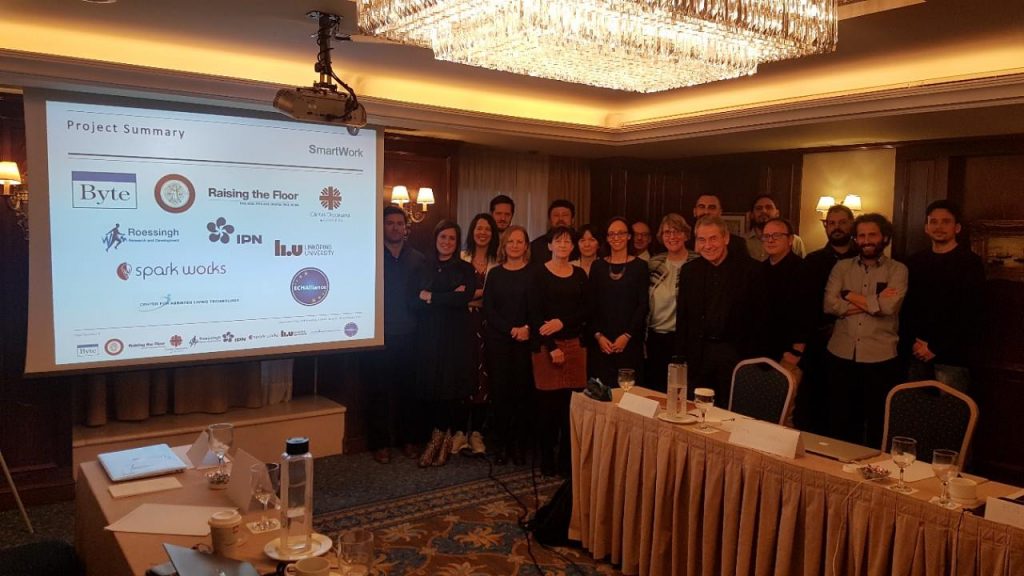