TriploD (Democracy, Demography and Human Rights) is the name of the new project of Cáritas Coimbra, which will be implemented, having as partners the European Centre for Women and Technology (Norway), Instituto Europeu de Ciências da Cultura Padre Manuel Antunes and Agrupamento de Escolas da Lousã.

This project is co-financed by the PROGRAMA CIDADÃOS ATIV@S / ACTIVE CITIZENS FUND (under the Active Citizens Fund / EEA Grants, funded by Iceland, Liechtenstein and Norway), which is managed in Portugal by the Calouste Gulbenkian Foundation and the Bissaya Barreto Foundation.

TriploD project aims to increase the democratic involvement and political participation of citizens by working on the connections between democracy, demography and human rights. For that purpose, it will develop education/training sessions and school and community discussion groups, seeking to empower and educate professionals, community workers, children and young people, vulnerable people and seniors, helping them to analyse and discuss policies and propose recommendations for improving democratic dynamics at local level.

The problematic of this project falls into three points: the increasing ageing of the population; participation in decision-making by young people, seniors and vulnerable population in more healthier, inclusive and democratic practices; and in the development of inclusive environments that consider the ageing trajectories of individuals. Only with a participatory and longitudinal approach, we can deliver an intervention that meets the goals of friendly environments for all ages.

In the last years, Cáritas Coimbra performed intensively the implementation of these themes in its area of activity and the TriploD project would consolidate a process that should be autonomous and exclusive in order to seek more effective results on the population, also making them promoters and agents of change and political decision.

The project is based on three main components connected together:  mediated workshops, network promotion and communication. It is through this framework that an enabling environment for engagement is generated. It has four major actions: 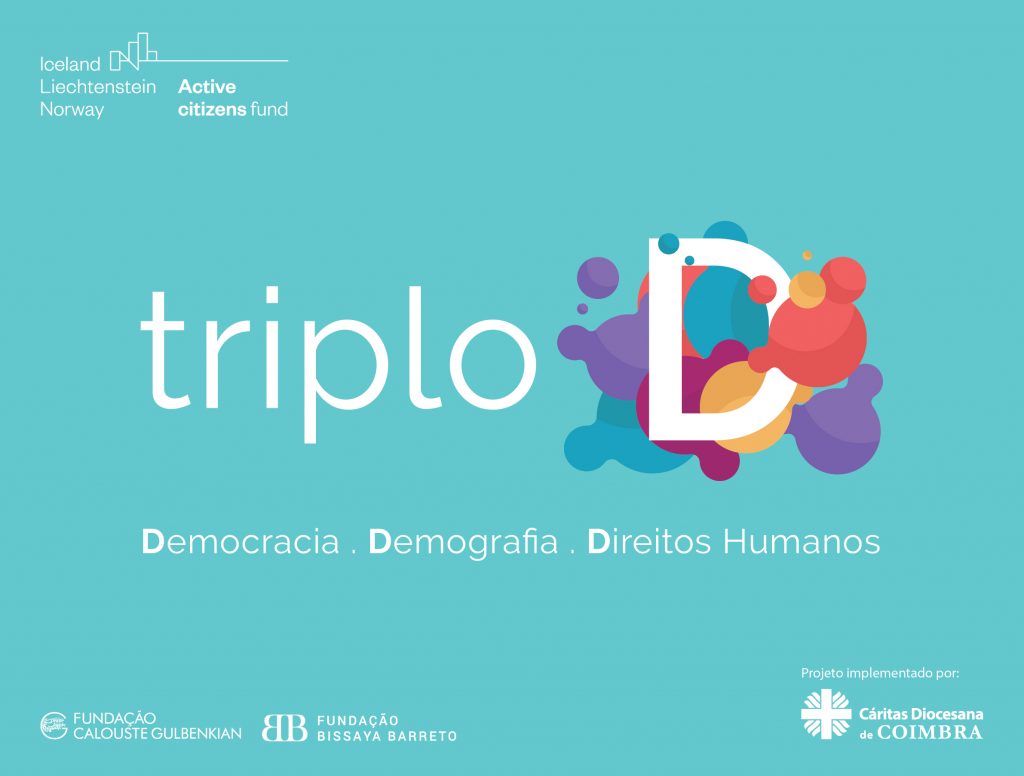