Cáritas Coimbra, also representing the Ageing@Coimbra consortium, participated in the IV Seminar: Ageing + Active and Healthy, which took place on October 16th, in Abiul (Pombal, Portugal). The event promoted by the Dr. José Lourenço Júnior Foundation, in conjunction with the Abiul Parish Council, for the fourth consecutive year, was based on good practices in the field of Gerontology and sharing.

DAPAS, an ongoing project at Cáritas Coimbra, proposes to bring together the successful results of previous digital projects developed from different companies in different countries, combining them into a unique and innovative product that can more easily reach elder people, improving their quality of life. Cáritas Coimbra is currently preparing the pilot of the project which will involve about 40 older people coming from the Day Care and Home Support answers and who will have the opportunity to test this system for a year. This is a project co-financed by the AAL European Programme, with Portuguese funding provided through the Foundation for Science and Technology.

The already completed Toilet4Me project started from a previous project whose main challenge was the creation of a smart bathroom suitable for the older public in residential version. In this second phase, the project consortium evaluated the results of the previous project with a view to developing a solution adapted for the use of toilets in public and semi-public spaces. Flávia Rodrigues explained the process of involving the end users of this product, their caregivers and all entities potentially interested in the design and implementation of smart and adapted toilets. This model uses technologies that allow voice interaction to, for example, raise the seat, as well as a lift and sit assist system. This was also a project co-financed by the AAL Programme.

Cáritas Coimbra also participated as a core member of Ageing @ Coimbra, representing the consortium in this Seminar. Ageing@Coimbra is based on the appreciation of the role of older people in society and the application of good practices for their general well-being and active and healthy ageing. Its main objective is to improve the lives of older citizens in the Central Region of Portugal, making it one of the 77 European Reference Sites for Active and Healthy Ageing, recognized by the European Commission with the highest rating (4 stars).

At the end of the meeting took place the Awarding of the II Photography Contest Awards: “Affections in Old Age”. The Seminar was extended to the senior community and the general public in order to stimulate debate on the promotion of a more active and independent life, seeking to contribute to the prevention of weaknesses in advanced ages. 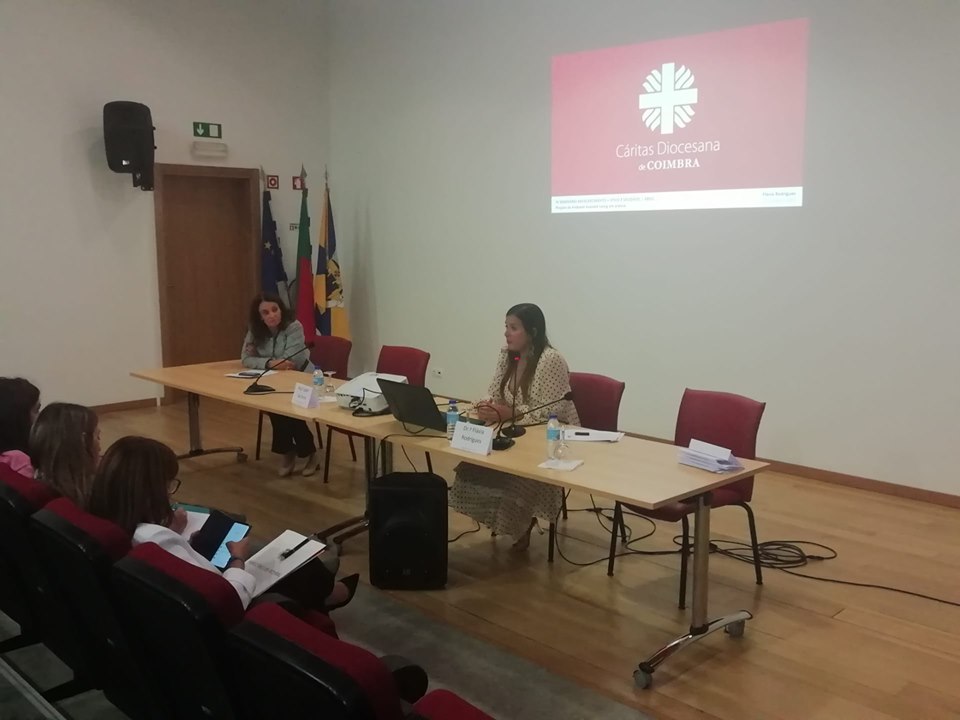