Cáritas Coimbra was in Valencia for the 3rd AVIK project meeting

Cáritas Coimbra attended the consortium meeting of the AVIK cultural exchange and social inclusion project in Valencia – Spain, from 4-6 September.

The meeting’s agenda focused on the presentation of the project’s website and Facebook page, as well as the exchange of information on the implementation of each parter’s future tasks.

Flávia Rodrigues, from the Innovation Department, presented the playing cards (translated into each project partner’s native languages) for the new version of Diversonopoly. This board game aims to encourage intercultural communication and mutual understanding between the native and non-native population, giving the opportunity to gain essential information on classical behavioral rules, communication, education and work, daily life, free time activities and traditions and costums.

Participants also learned about good cultural exchange practices implemented in the consortium partner countries of origin. The Dinner Club is an example of this practice in which refugees, migrants or socially excluded people use a social restaurant to cook delicacies from their countries that then serve the public and whose value paid for meals reverts to a social response. The host organization for this meeting, AC Amics, also arranged for a visit and dinner at Jarit Asociación Civil, which works on the same grounds.

People from various countries energize this association where they also serve meals and whose recipe books serve at the same time to learn about the country’s history or other topics. 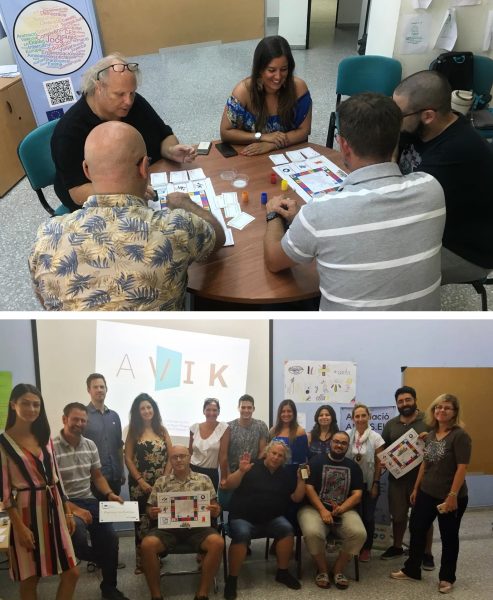