Cáritas Coimbra participated in the virtual meeting of the Lifebots project, which took place on March 27th. Coimbra was expected to host this meeting, but given the situation in Portugal (and in the world) the consortium gave priority to public health and opted to meet via videoconference.

Natália Machado, from Cáritas Coimbra’s Innovation Department, participated in this session which had as main focus the elaboration of a plan for the continuation of the project activities, since delays caused by the pandemic are occurring, namely in the secondments that were already scheduled for this year. In addition, as it is mainly composed of Universities and research institutions, the consortium discussed how the project and social robots could help combat Covid-19. Robots are increasingly being used in the healthcare industry as a potential solution for the present and the future.

The LIFEBOTS Exchange is a project approved under the Marie Sklodowska-Curie Actions (MSCA RISE), under the European Commission’s H2020 programme. Its objective is to create a new reality of care with the inclusion of social robots, through interdisciplinary, intersectoral and international cooperation and with the exchange of people and knowledge.

The consortium is composed of 13 partners representing research institutions, companies and NGOs from all over Europe and South Korea. The Portuguese entities that are part of this project are: Cáritas Coimbra, Instituto Pedro Nunes (IPN), the Systems and Robotics Institute of the University of Coimbra (IRS) and IDMind – Engenharia De Sistemas Lda. The coordination is in charge of the Norwegian University of Science and Technology (NTNU). 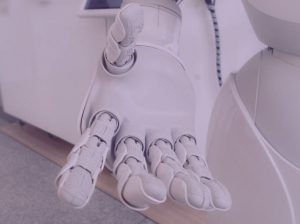